Why is the Economic Forum of Young Leaders important to you as the Marshall of the Lesser Poland voivodeship?

A few months prior to the World Youth Day we launched a campaign to promote the Lesser Poland voivodeship, called “Youth is a state of mind”. Father Leon Knabit was the spokesperson for it. Its aim was to show the various values that make up a young person, such as openness, dynamism and innovation.
Young leaders have an additional advantage, which is their age. It’s the greatest opportunity that one receives from life, an opportunity which should be taken advantage of. Personally, I always bet on young leaders. Including at the office, where young people are the ones running the most important departments.
Youth, when considered as a state of mind, is able to build relationships with its surroundings. These relationships are in turn one of the building blocks of responsibility. All leaders should be responsible. They have to take responsibility for what is happening in their commune, region, country. They should be able to build shared values with other people.

What kind of values?

Most importantly – knowledge, but also: an open mind, being respectful towards other people’s beliefs, being active both physically and mentally, and a willingness to participate. An ability to lead a group of people, and to create the world in terms of the economy and the society. Start-ups are a perfect example of this. 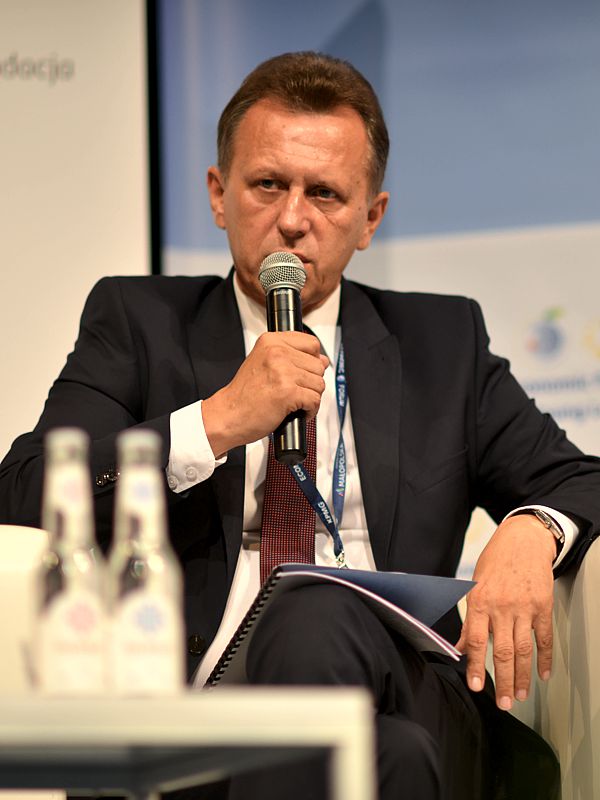 What does innovation mean to you?

Innovation should be considered in two dimensions – economically and socially. Economically, innovation means implementing changes inclined towards adding value and generating profit.
Socially it means openness - in terms of creating new values. However, in creating those values it’s important to remember both about tradition and heritage, as well as freshness and readiness to implement the necessary changes. All this makes youth so attractive to me. Because it includes all those attributes.
Young people provoke me. Their openness provokes me. Father Knabit was no less but a provocation. And that’s why our campaign hit home with people of all ages.