A TALK WITH MICHAŁ WÓJCIK

The Chairman of the European Meeting Centre – Nowy Staw Foundation

How does the Economic Forum of Young Leaders contribute to enhancing the influence of young people on public affairs, both with future generations in mind, as well as here and now? 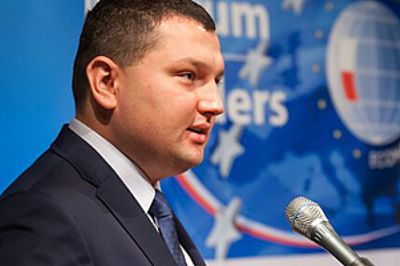 We expect that here and now, at the Economic Forum of Young Leaders, young people will have an opportunity to confront challenges that Europe is facing at the moment. Thanks to the fact that they talk to decision-makers, representatives of the world of politics and economics, as well as to one another - the youth from the East and West - they are able to learn from different points of view and shape their own opinions. These skills will serve them in the future, when they are the ones deciding about Europe’s fate, as well as now, when their voices are being heard by the current leaders. Dialogue and debate are the essence of the Forum. However, the Forum also helps to arrive at mutual solutions to the biggest issues in Europe. If the youth’s voice is coherent, it will be more audible and will influence the decision-makers.

In the context of the topics of this year’s Forum, what do you expect from the young leaders who are attending?

I expect and hope that the leaders will leave with a conviction that Poland is a great country, and that Lesser Poland is a great place. I hope that they’ll fall in love with Poland. That they will make friendships here that will benefit them in the future. That they will leave with a conviction that there are different ways of viewing the same things and that it’s worth talking with one another. No more and no less. I believe that this is very important, but this expectation is not sufficient in the context of so many events and intense sessions, discussions and networking. That’s what the Forum is for – for developing relationships between people.

How has the Forum been changing year-on-year? I understand that the current affairs have influenced the Forum’s development?

Every year we attempt to touch upon current affairs concerning young people and Europe – the place where we live and whose future is very important to us. The Forum’s development is also due to much bigger numbers and geographical range of the attendees we have now. Today we have over 600 participants, while not too long ago it was just 120. We have also taken up the challenge to host young people both from the West and the East: from the Balkan countries, Caucasus, from Eastern Europe, so that no artificial barriers are built in the course of the discussion about Europe and its challenges. We are keen on the Forum’s openness and want its topics to reflect the participants’ needs and expectations. Thus, we ask young people about what’s important to them, what current affairs are important to them. At the moment these include the paths of development of entrepreneurship and start-ups. Hence the idea of organising a parallel event called „Get Inspired Fest”. We take up these challenges to answer to the things young people want to learn and develop themselves.

What can young people expect from the „Get Inspired Fest”?

It’s an event organised by young people, for young people interested in entrepreneurship. We have changed the formula slightly in relation to the Forum. There are no discussions, but there are presentations of business ideas, workshops, and networking. We want for young people to meet business partners, to make contacts and to inspire each other. Above all, they will know how to begin economic cooperation with Poland. That’s what Get Inspired is for. We hope that it will earn Poland many partnerships.

Thank you for the chat.
Martyna Słowik.

Networking session aims to integrate and meet other participants.